Two years without Primavera Sound could only result in a Primavera Sound like no other. The twentieth anniversary of the Barcelona festival, after the enforced fallow due to the postponement of the 2020 and 2021 editions, will be the most important edition in its history. In tune with the expectations generated and the desire of the fans, Primavera Sound will multiply its duration in 2022: from Thursday 2nd to Sunday 12th June, over 400 artists will perform in an unprecedented lineup for an urban festival worldwide.

There will be 11 days of uninterrupted concerts that will have their main days in the Parc del Fòrum during two weekends, from June 2nd to 4th and from June 9th to 11th, and that on Sunday, June 12th, will close with the Brunch -On The Beach party a real feast of live music. In between, from June 5th to 8th, a spectacular edition of Primavera a la Ciutat will spread over 150 concerts around different venues in Barcelona,while Primavera Pro will also strengthen its relevance as a strategic meeting point for the industry.

The challenge is enormous, but so is the exceptional nature of the situation: when confronted with a mortally wounded industry, the only way is a superlative response. In the face of two years with practically no work or revenue for artists and their teams, concert venues and all sectors directly or indirectly involved in live music, the largest edition of Primavera Sound ever seen. 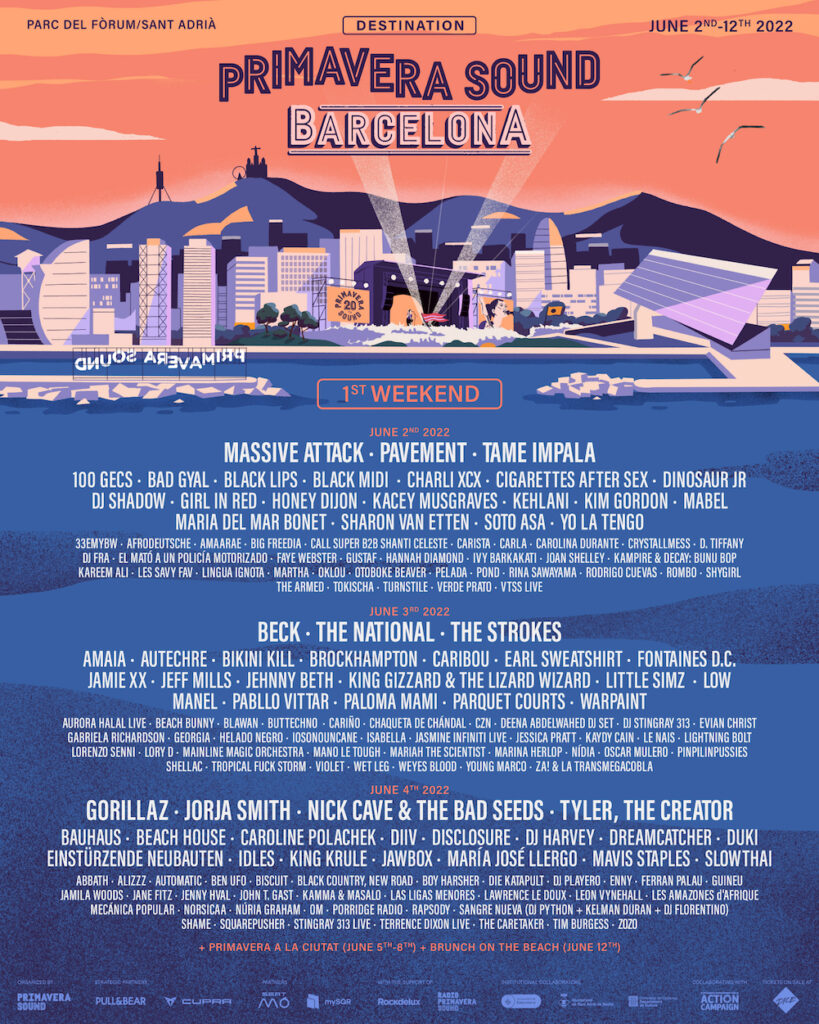 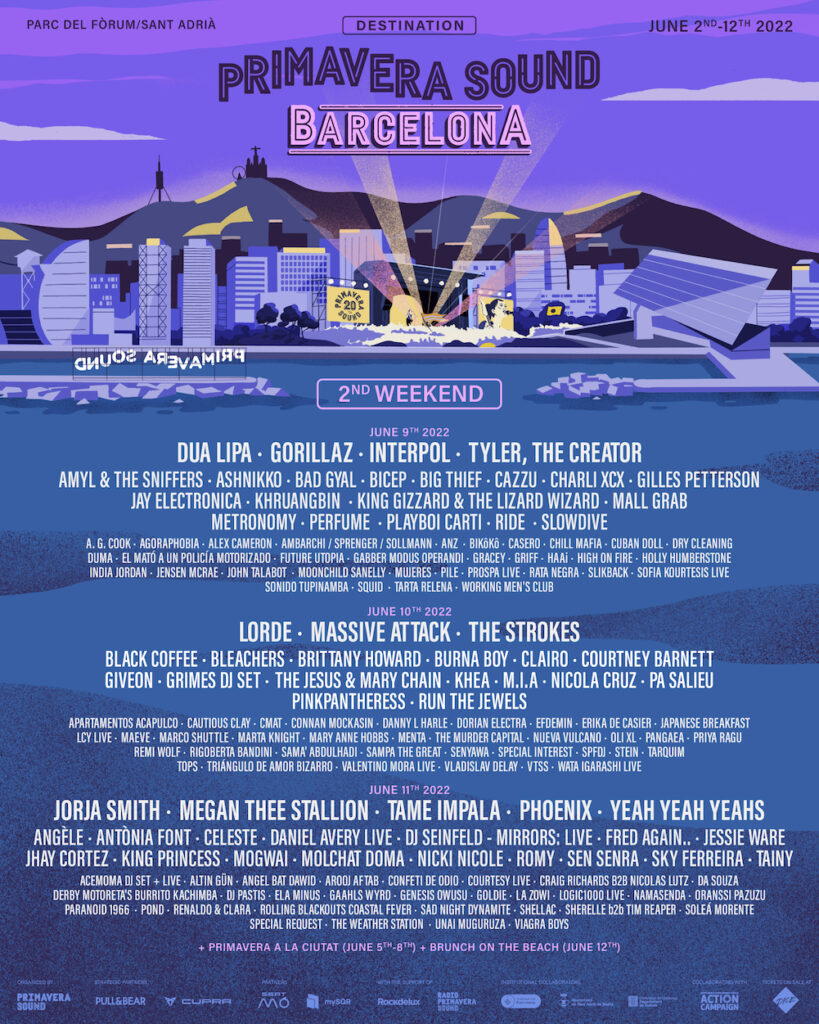